I have uploaded a new various of the Platoon Generator of Went the Day Well and in fact any system you choose.

We have made it clearer about what troops you can and cannot have and the numbers of sections too. So no matter if you are new to this VBCW or a old hand at this, this should be easily and better to use.

If you have any questions please ask. 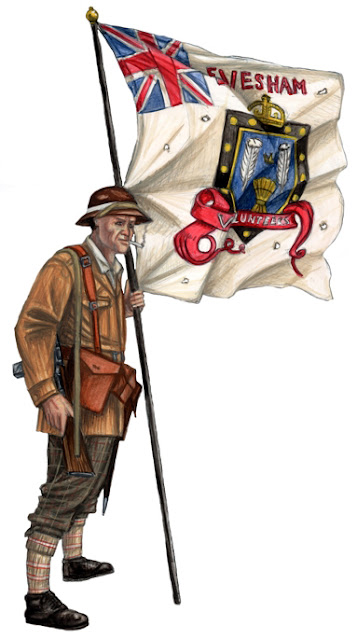 My Journey Into VBCW, Art and All Part Twenty Severn

Today I bring you the second part of King Edward VIII Royalist Army and it is the Northern Army.

In the North of England, Sir Thomas Percy appointed March Warden, has command of the loyalist Regulars and Territorials and has powers to raise militia forces as well. Percy has taken the line of an active defence and so it is common for cavalry and motorised units to raid into Scotland as “pre-emptive actions”.

Consisting of the forces covering the Borders from Berwick to Carlisle, this division’s focus is countering the raids and invasions of the Scottish Republic. It has a good record in defence already having fought off two sieges at Berwick and has taken offensive action in the borders burning Jedburgh, but was beaten back in a counter attack during a snow storm. Most recently, this division kept the Scottish Republic forces by bay during the Albertine landings on the Cumbrian coast and inflicted a major defeat on the Scottish forces around Kingstown just north of Carlisle.

This division has had variety of tasks including containing the uprising in Newcastle and Durham. Its main focus has been putting pressure on the Yorkist Front. As such it played an important part in the unsuccessful assault of Hull.

This division has recently been formed to counter the Albertine enclave on the Cumberland coast and to take over policing the Lakelands. Much of its forces are militia and volunteers, as most of the regular are already stretched fairly thin in neighbouring divisions. However, the division has picked up some of the Lancashire Territorial and Yeomanry units and shares a few Cumberland and Westmoreland unit the Border Division.

The one responsibility of this division is to continue the siege of the Free State of Liverpool. It brings together the Loyal Liverpool units and reinforcements largely drawn from Manchester and Lancashire. The Division famously refused assistance to the British Union of Fascists expedition against the Isle of Man and consequently has a difficult relationship with some of the reactionary militias under its command.

This was originally part of the Liverpool Division but had to be broken off to deal with the Anglican League rising from Cheshire and the increased incursions by the Nationalists in Wales. Under the command of Lord Farndon, this is essentially a county force supplemented by private and reactionary militias.

In addition to these there are a number of independent divisions and these include: 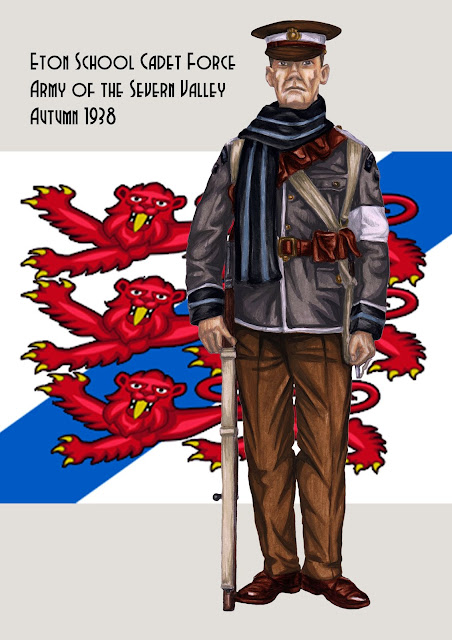 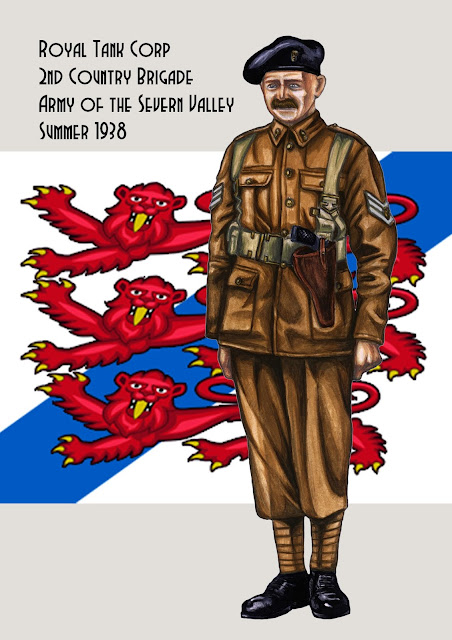 My Journey Into VBCW, Art and All Part Twenty Six

Continuing with my journey into 1938 A Very British Civil War I am doing a two part article on the Royalist forces and the armies of King Edward VIII.

Despite being in theory Commander-in-Chief of the Armed Forces of the United Kingdom and the Empire, the resources King Edward VIII can draw on are very limited and severely stretched by the crisis. There are in reality two principle Royal armies, The Northern Army and the Army of the Severn Valley. In addition, there are concentrations of Royal units in London, Devon, Cornwall and the East Midlands amongst other places.

The actually British Army has begun a process of modernisation in the mid-thirties, but it is by no means complete by the time the civil war broke out. Thus some but not all of the Regular units have the new Bren gun, whilst most Territorial units still carry the Lewis gun. Heavy support may be supplied by the 3 inch Stokes mortar or the newly issued Ordinance ML, Mortar Launcher and by the eighteen pounder field gun. The civil war has seen the process of mechanisation slow down and whilst the armoured cars and tanks are available to the Royalist forces, the terrain and style of warfare means that the cavalry regiments are just as likely to use horses.

The Army of the Severn Valley

The Army of the Severn valley consists of a number of Regular units including elements of the Grenadier and Coldstream Guards, the Life-Guards and the Royal Horse Guards. Also there is a Gurkha battalion, the King’s Troop of the Royal Horse Artillery and a part of the Royal Tank Corp. In addition the king’s advisors, Lord Cirencester, Duke of Montfort and the Earl of Glamorgan have mobilised loyal Territorial and militia forces from Shrewsbury down to Bristol as well as raising volunteer companies including cadet forces for Eton and Harrow.

Most of the elite units held in reserve around Worcester, Malvern and the King’s court at Madresfield House. It was these formations that effectively checked the Anglican League and eventually drove back the People’s Assault Columns during the first Severn Valley campaign.

Edward’s Guard regiments have become the model of military professionalism in the civil war and are regarded as elite troops of terms of morale and ability. That having been said the Household Cavalry do show a disturbing habit of “going Balaclava” when serving on horseback.

On the Welsh Borders there are four main concentrations of Royalist forces, to the south the Earl of Glamorgan has the mission of trying to retrieve stocks of coal from the South Wales pits. Around Hereford, the British Union of Fascists and local militias pursue the remnants of the former Bishop of Hereford’s Anglican League forces now established in the diocese of Archenfield. At Ludlow a force of German volunteers under the Duke of Brunswick, contain Welsh raids and in the north an independent Royalist state centred around Shrewsbury, guards against the Socialist advances from Staffordshire and the northern routes used by the Welsh Nationalists.

Major-General Sir Michael Greystoke commands the line from Ironbridge to Warwick with a mixed brigade of Regulars brought up to strength with Territorial reserves and volunteers. The main threat here comes from the Socialist League cities Birmingham and the East Midlands.

The first and second Independent Brigades commanded by Duke of Montfort and Lord Cirencester respectively, are the largest formations on the Southern Front. Montfort controls the vital port of Bristol and Gloucester as well as Cheltenham. Cirencester is based at Worcester and has a fairly mobile force capable of plugging gaps and going on the offensive. 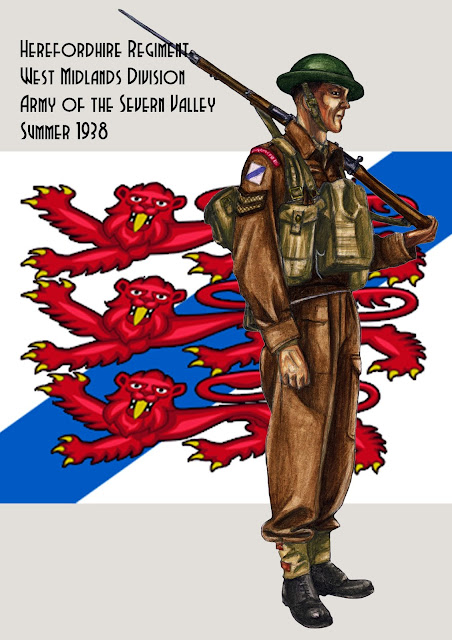 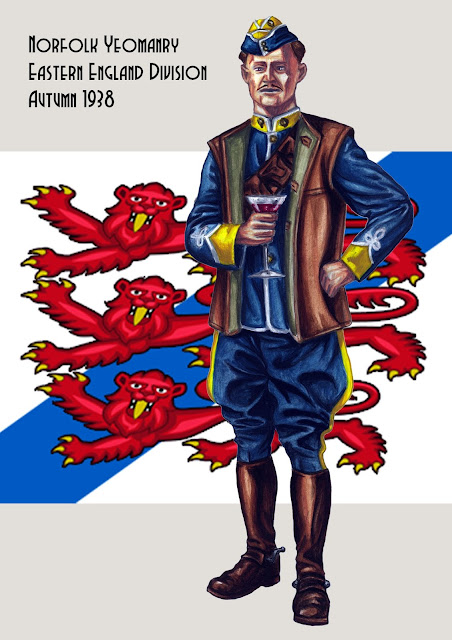