The Roads of Leicester, A Work in Progress

I am trying to make some roads maybe for the Partizan game but for other games too and this is a tester for them. I know I have made the road to wide and the next time I will be making them about two thirds of the width, but thats what trail and error is for. The actually roads are vinyl floor tiles from a company called Wilko and they cost £3.00 or so for a pack of six and come in white. Now these tiles have a pattern or texture on them rather like cobblestones or the surface of the road and are quite flexible but firm. I from done two different colours, one to represent a tarmac road surface and the other that was meant to be cobblestones but looks more like a dirt track. What do you think the Tarmac or the Dirt road or both? 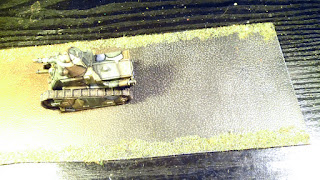 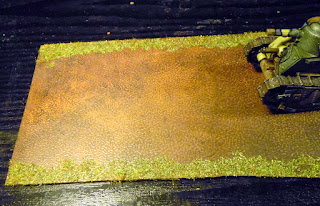