Yes you would be forgiven if you think I have gone into some 80s revival mode but alas not it is more about what the heck I have been doing over he last few weeks. Well things at Château PK have not been the best of late with the loving Mrs PK going back into hospital to have her thyroids removed, that's two operations in six weeks and thanks to a lovely doctor mis-advising me I have to go into for a operation next week, things have not been that rosy. 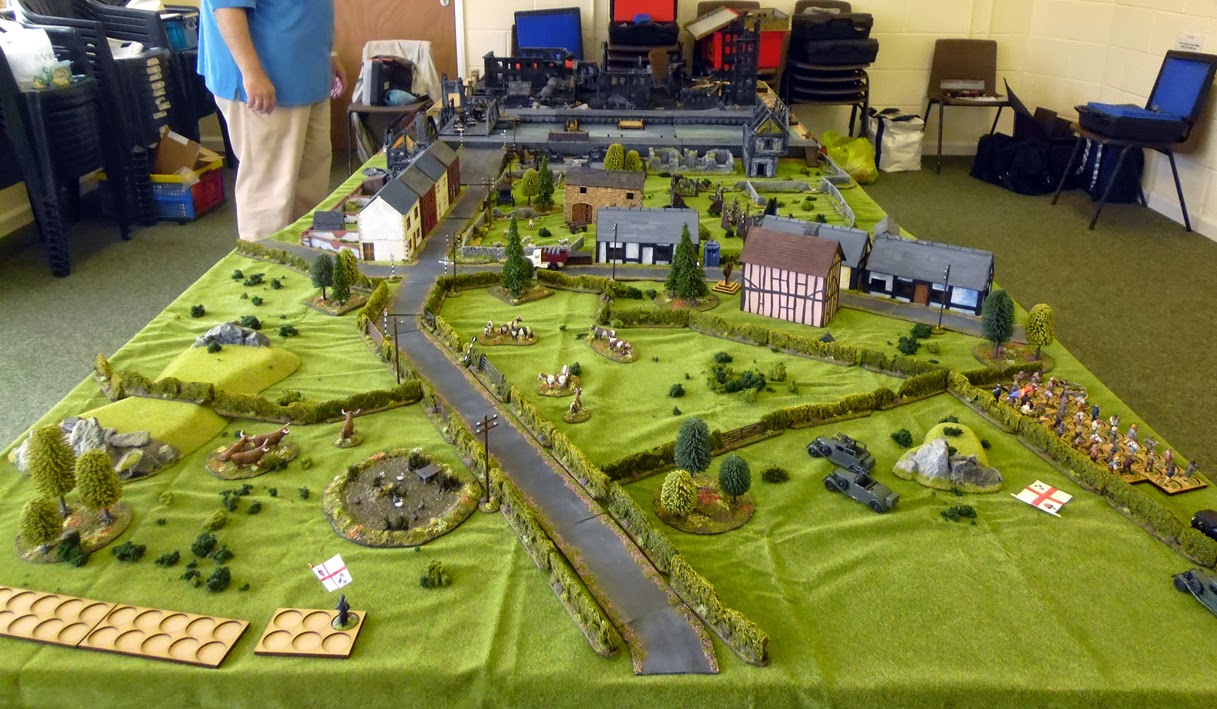 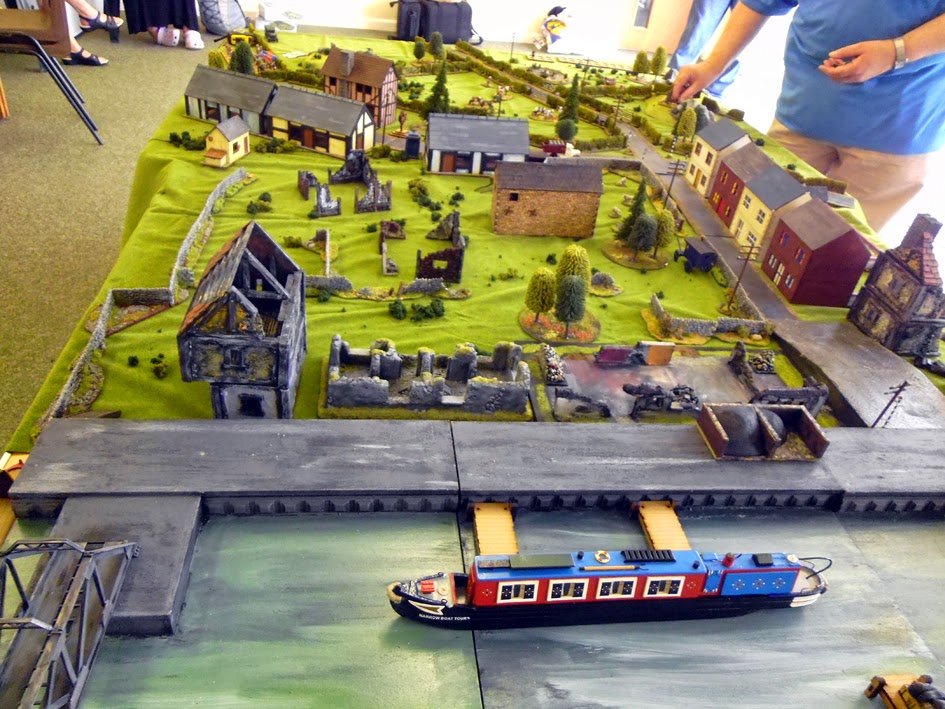 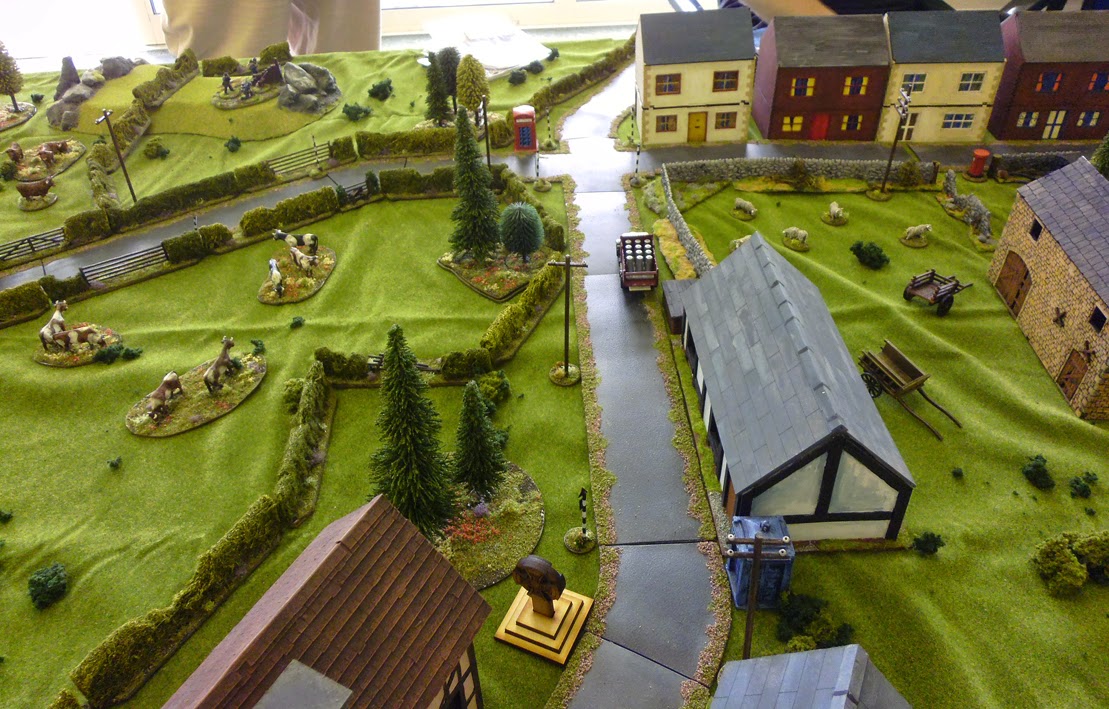 However I did manage last week to get a game of Very British Civil War in at a show in a lovely village near Lincoln called Washingborough. It was a simple game with the forces of the Duke of Rutland, British Union of Fascists, Loyal forces of King Edward VIII, fighting against a North Lincolnshire coalition of Socialists from Grimsby, Anglican League forces for Lincoln and a Red Army Faction from the CCCP trying to take the town held by the BUF. The assaults when in all day with the BUF taking hold of the two bridges in the town and thus making it harder for the coalition to attack. 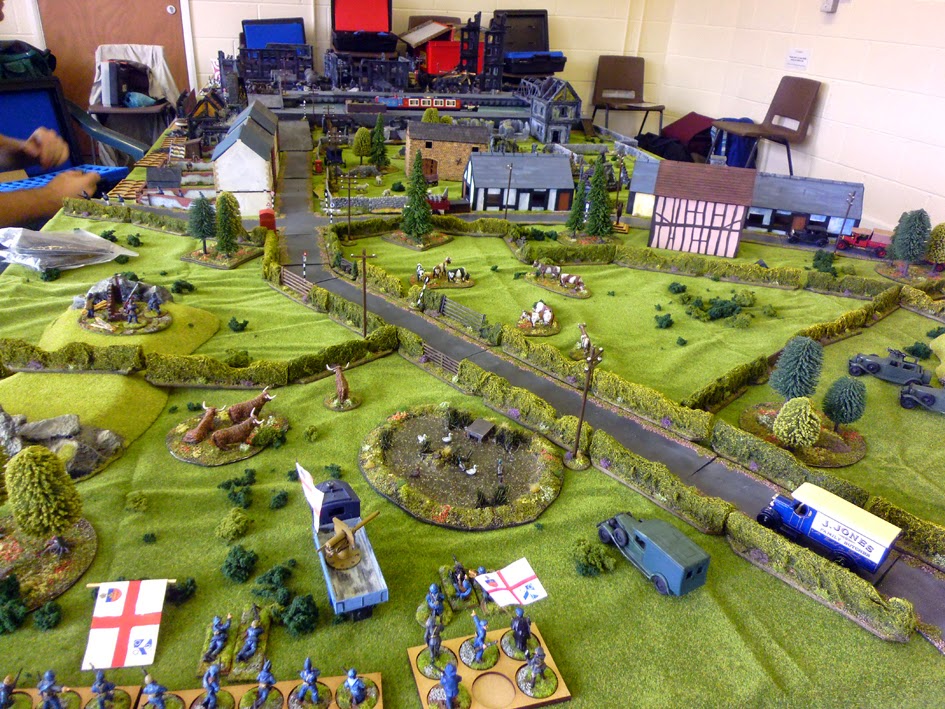 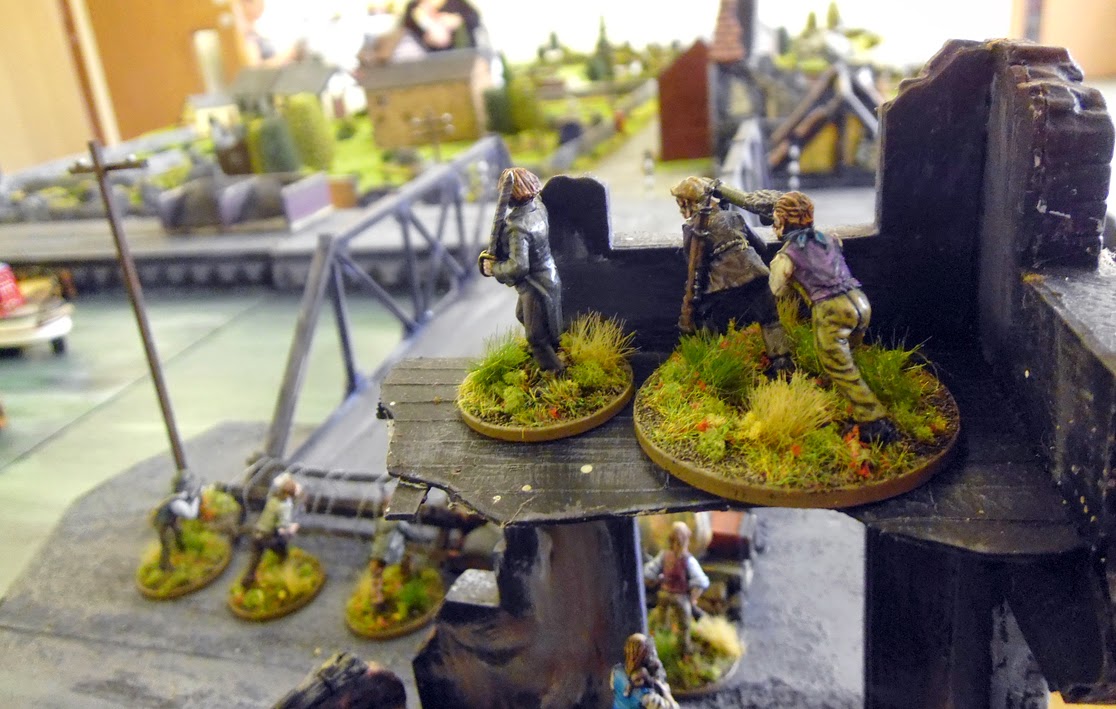 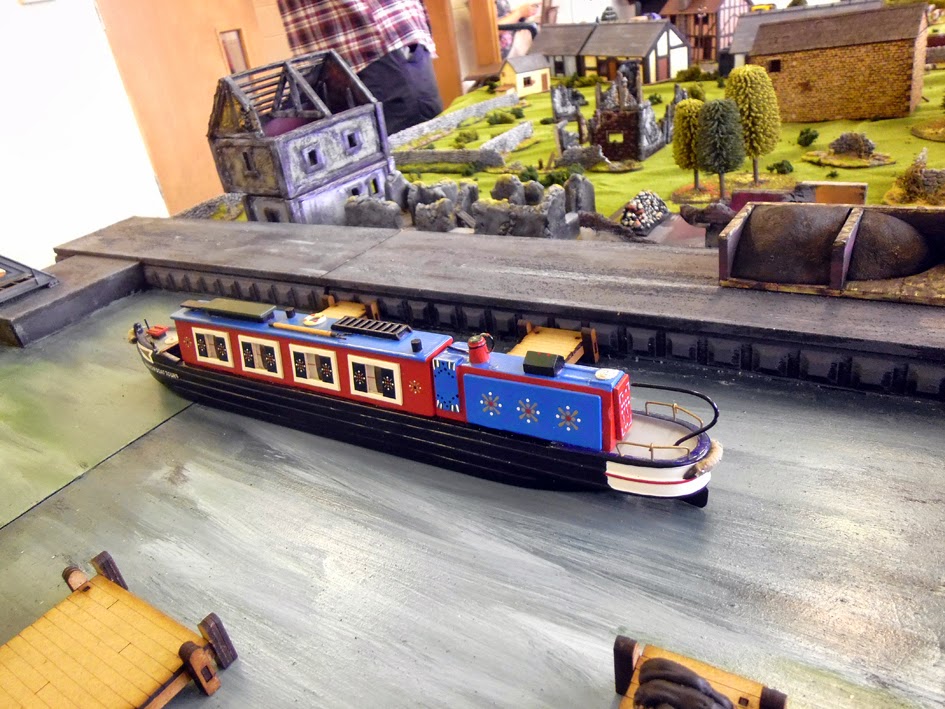 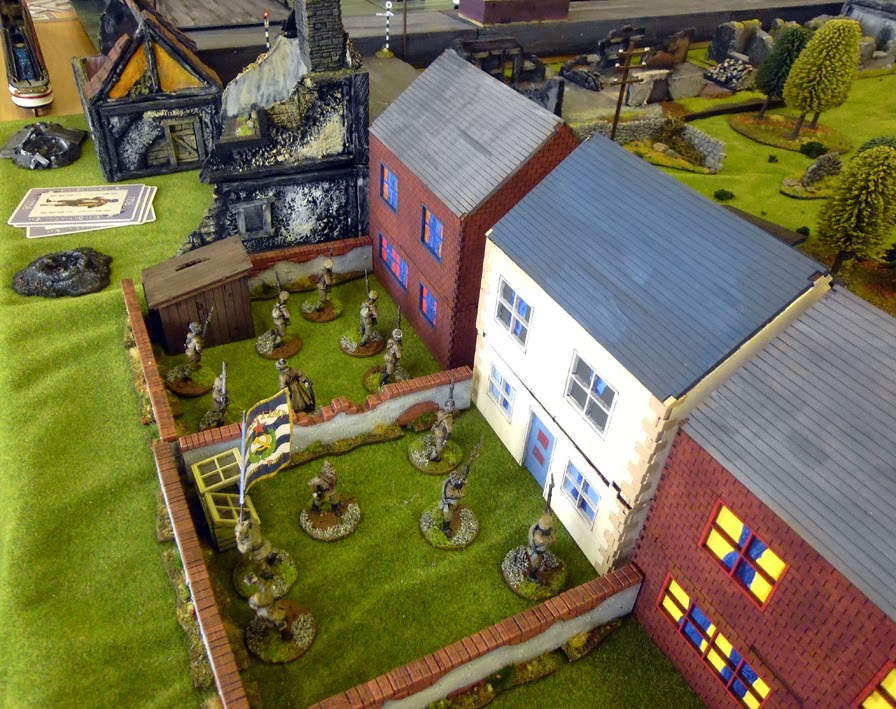 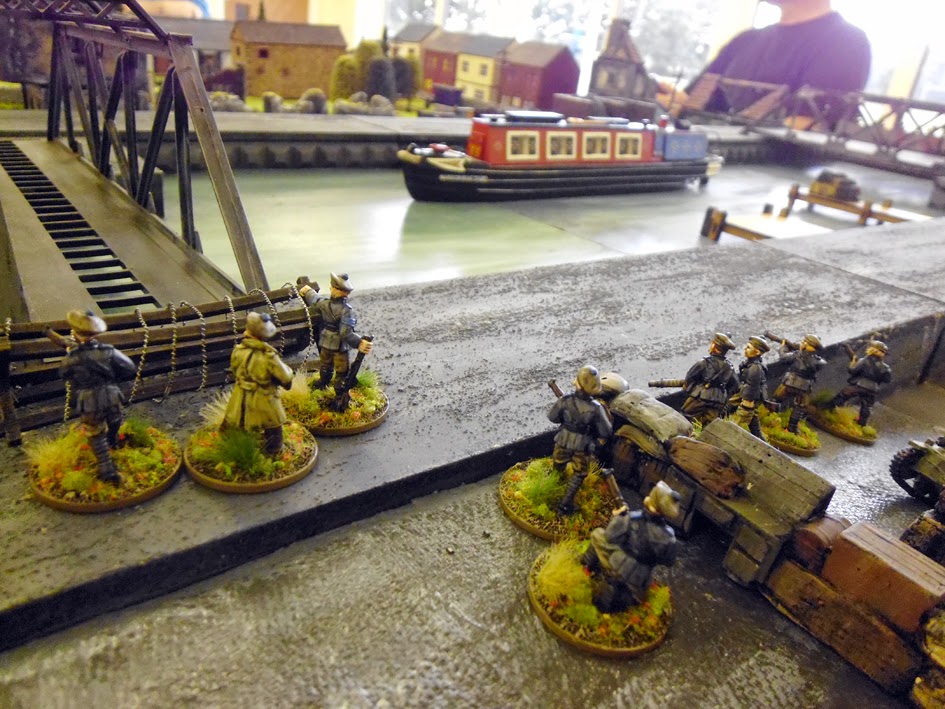 However the coalition forces did inflicted heavy casualties on the BUF forces holding the bridges but the brave BUF would not run away even though many of their fellow chaps were lying on the floor, they knew that the King would be pleased with their sacrifice and their defend of the town. 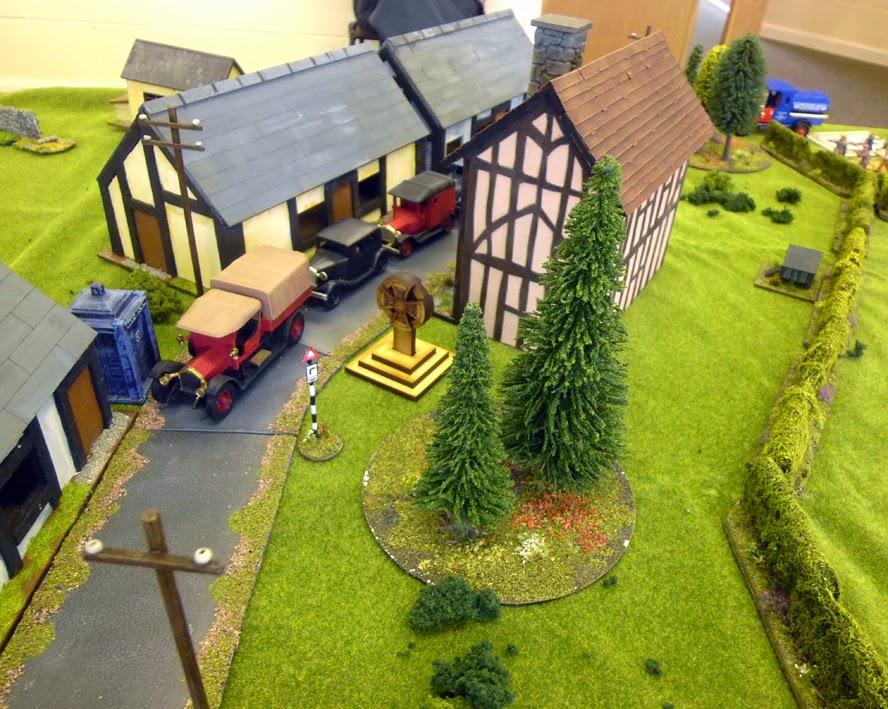 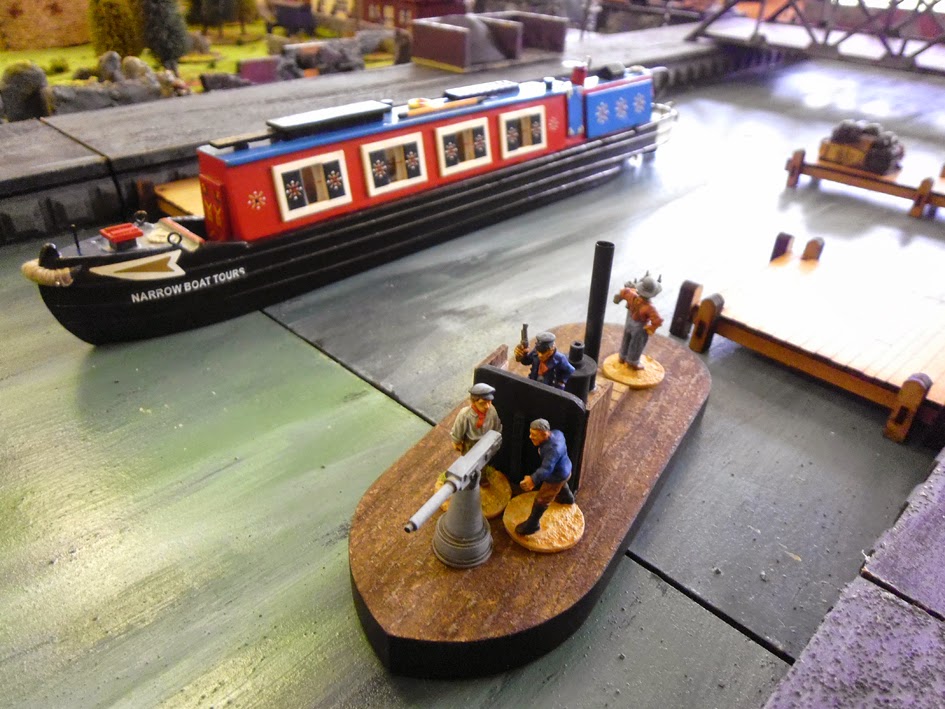 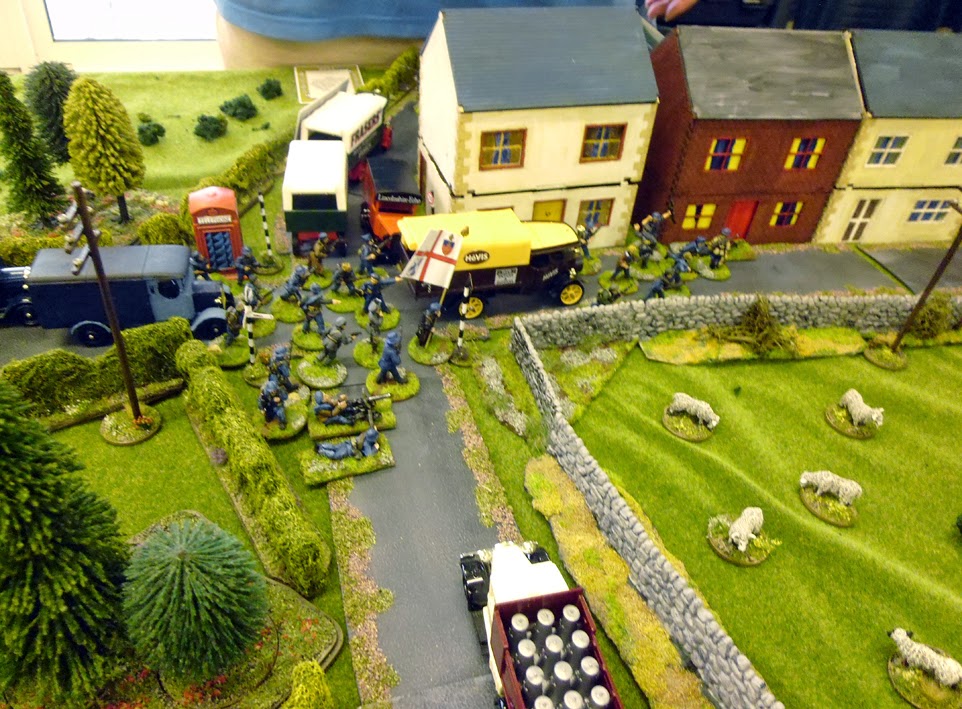 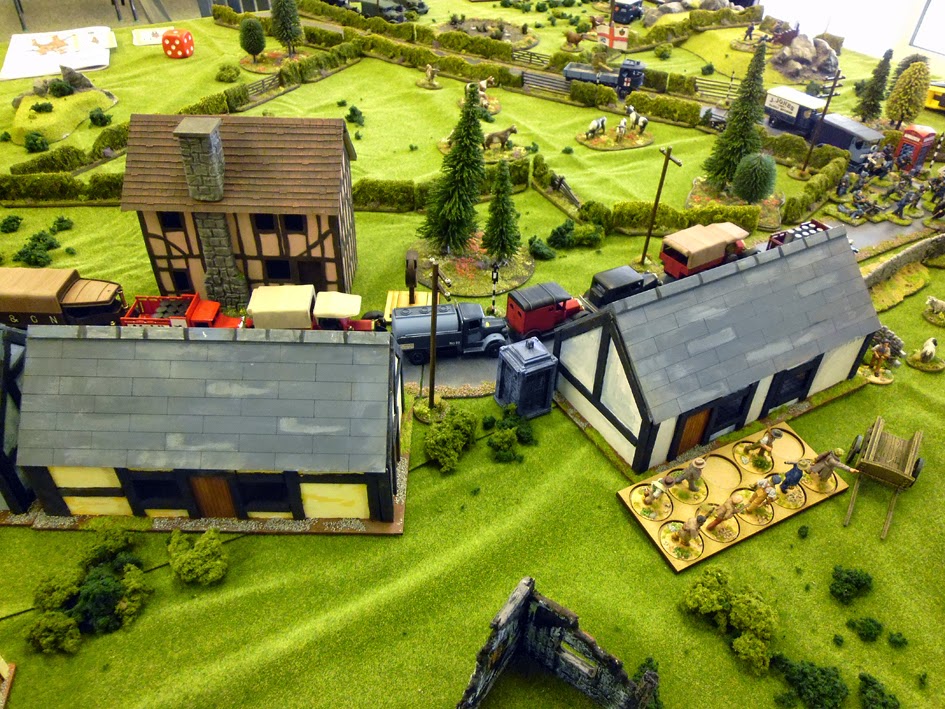 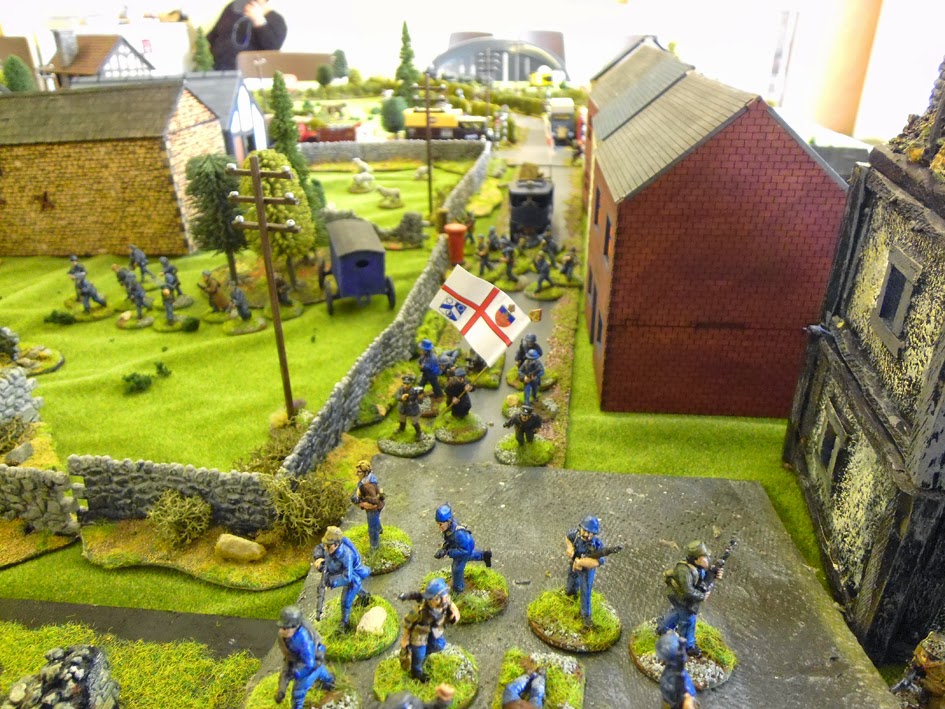 Now if the coalition had got their act together and planned their assault in an orderly manage, oh by the way I was playing the fascists in this game, the should of easily walk all over my forces outnumber me four to one as it was and they had some heavy artillery, okay they had a rocket battery this never hit its target and flew all over the place and was more a hindrance than a help and a large artillery piece on the back of a stream truck which managed to destroy a "Heshs' Hosiery" van with some morris men inside. 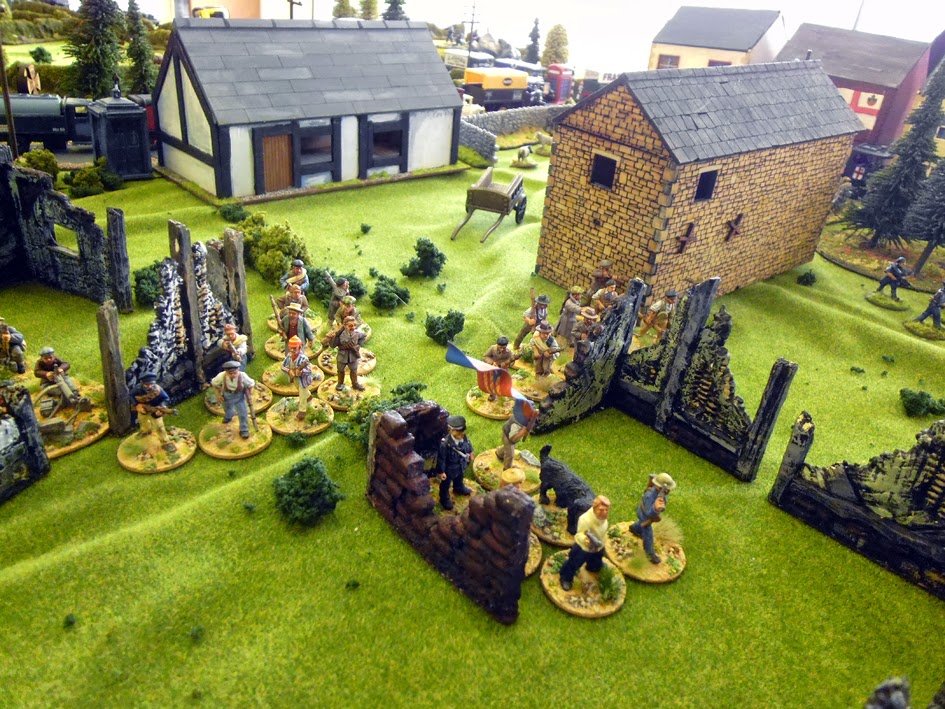 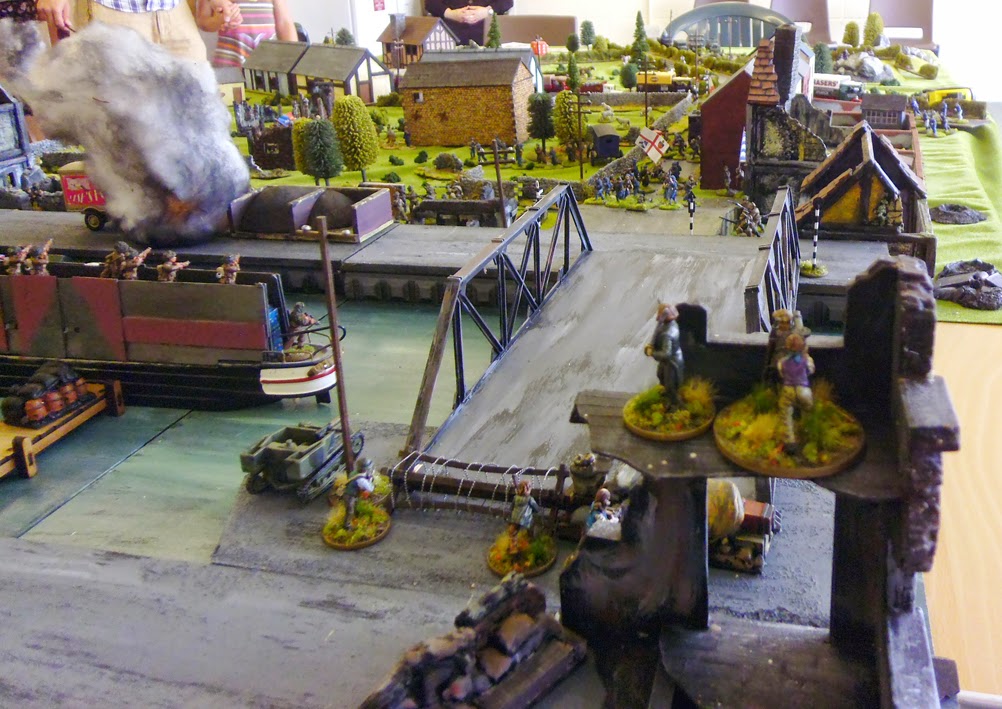 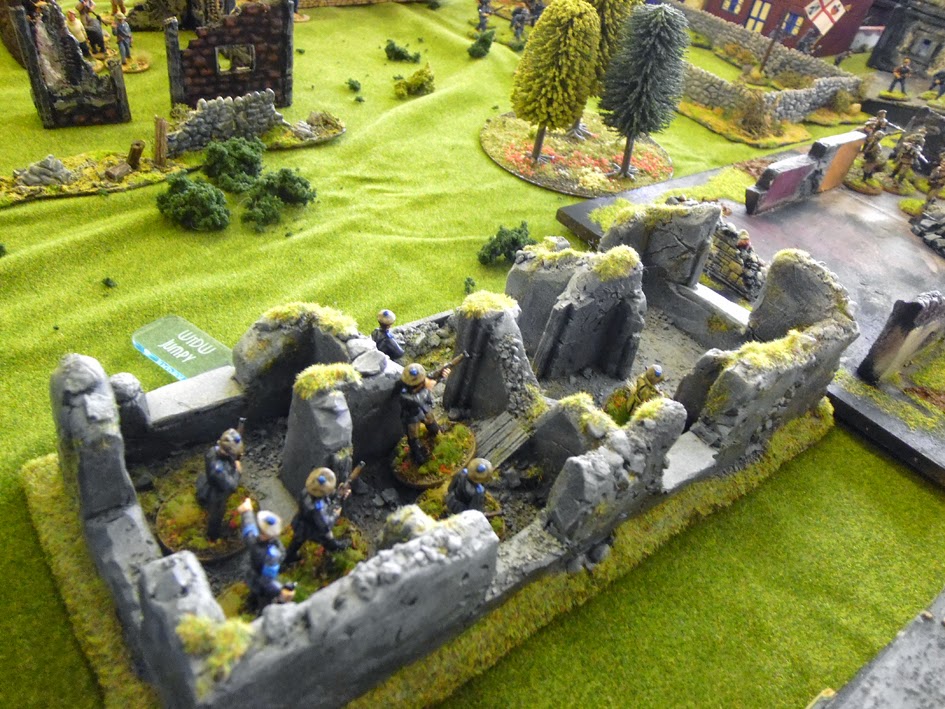 Well needless to say they never managed to reach the bridges and even if they had I saw the BUF would of held on, so the BUF and me won the day and a great day was had by all. And I am going to leave you with this quote about VBCW which I think sums up VBCW very well.

From a model-collector's viewpoint, the "A Very British Civil War" game encourages the use of novel mid-1930s figures and vehicles, which one wouldn't collect for a typical World War 2 game, such as steam-powered trucks, delivery lorries that would look more at home in an episode of "Dad's Army", or even the Carden-Loydd Universal Carrier (a little armoured vehicle, with just one machine gun; yet, this vehicle suddenly becomes regarded as a veritable monster, when your own troops have no dedicated anti-tank weapons!) 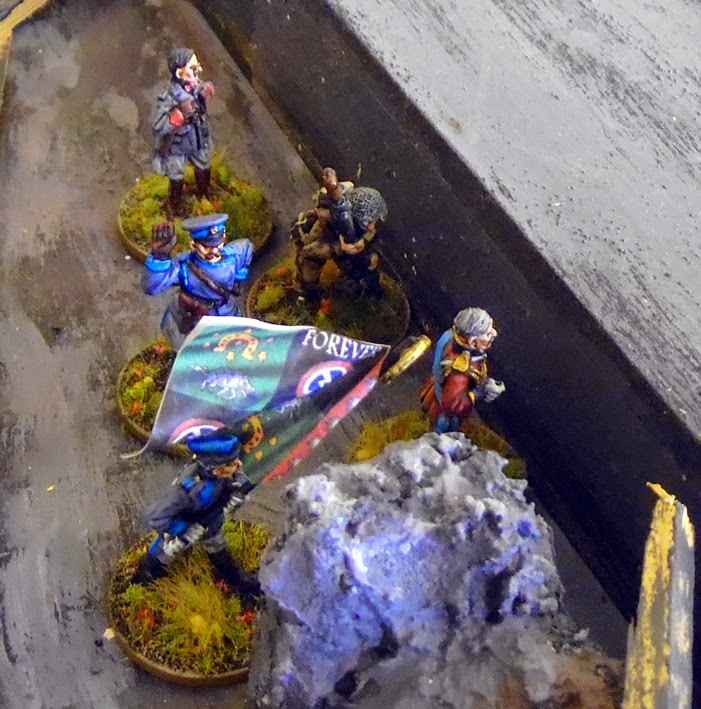 Have a great weekend and enjoy the weather.