Well I have realised that I need some extra levies for my Saxons and Vikings so I have finished off another unit of them. I have made them sort of generic so that they can be fielded by either the Saxons or the Vikings but I still think that they are full of character.

These are from Gripping Beasts wonderful Dark Age Warrior plastic set and I think they work well. There is a ton of different options you can give these chaps and if fat when you mix and match with the Vikings and Saxons set you have a ton of different ideas for them and it makes them rather unique. 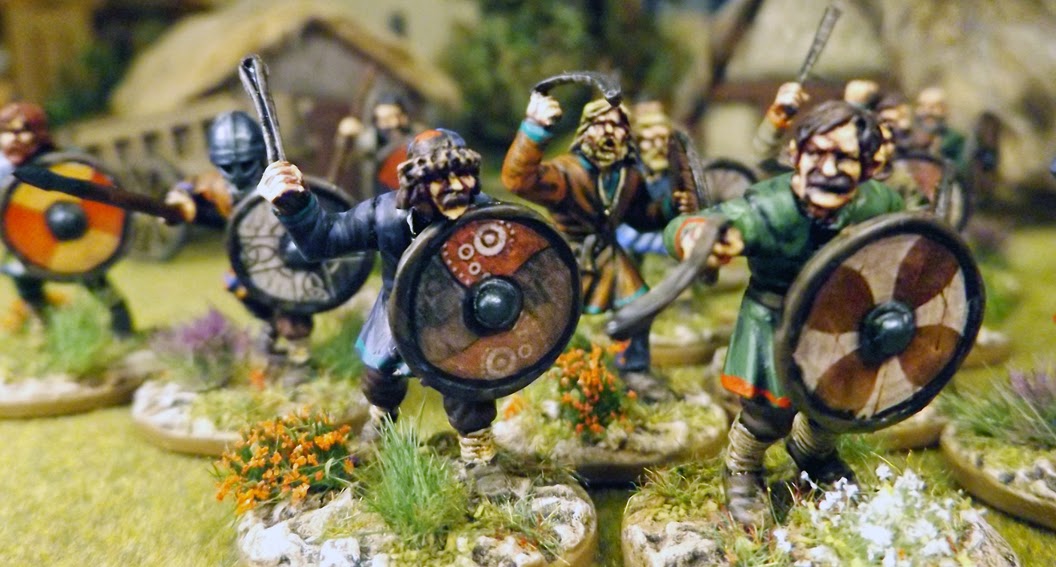 I have gone for slingers with this unit of levies and this set give you the option to make them. Now I am sure that slingers didn't carrier a shield into battle but I rather like them with one and to my mind I would carry one to protect myself. 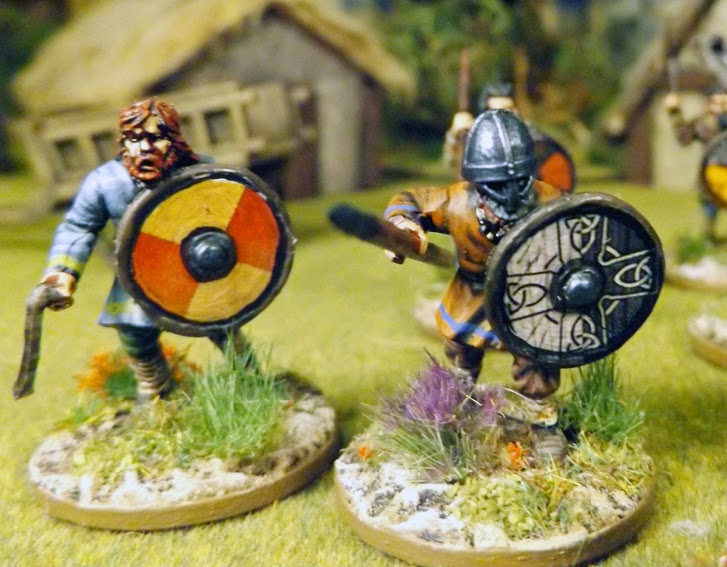 I have used a brighter palette on these than normal with bright trim and I think it rather works. I have added a few pastels colours too and some rich earthy colours to uniform the unit. Now not all the figures in the unit are slingers as some carrier spears and javelins and some are wearing helmets to give the unit a little bit of interest and also to allow me a bit of flexibility when force designing. 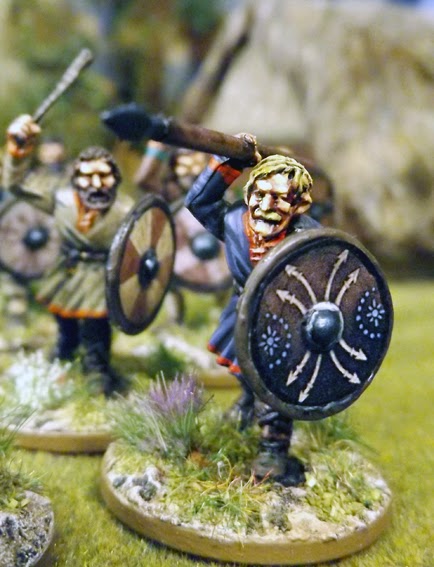 Again I have added LittleBigMen Studios transfers, from their Dark Age range, I think some of these are actually generic Germanic/Saxon shields because I rather liked them and they added a bit more interest to the unit. I have to say that I am totally impressed with these designs as I am with all of LSM transfers. 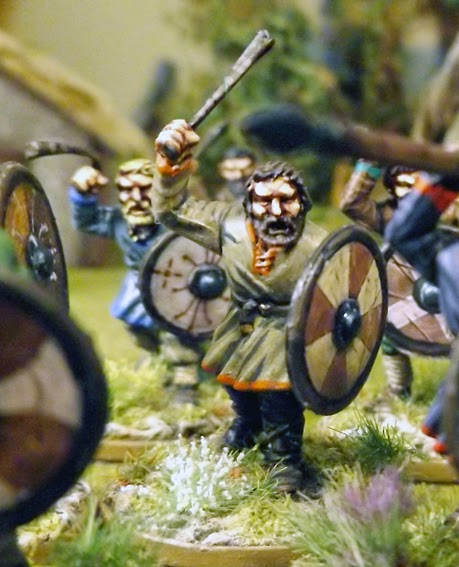 Now there is still a competition going on until the end of this month if you would like to win a painting of a Viking by me. All you need to do is to comment on this thread HERE to be put in the hat. I am hoping that either next Sunday or Monday to do the draw and the lucky winner be announced. So pop over and have a go.

Have a great day.