New VBCW T-Shirts from Geek Villain Designed by me 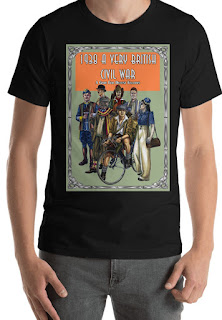 You can now order Very British Civil War Tops and T-Shirts, all designed by our good friend Pete Barfield Check them out on our website 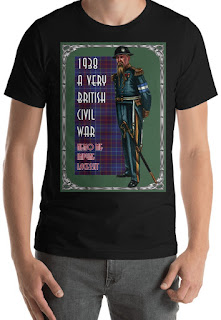 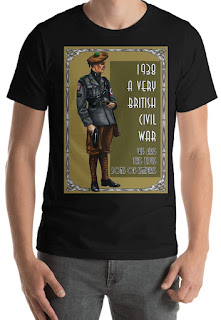 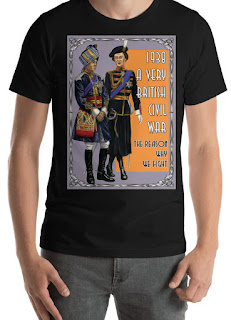 I am well chuffed
Posted by PanzerKaput at 18:29 4 comments: This is the second unit of Milites Christi finished for my St Mary de Pratis force. As you can see these monks are more militant than the first unit with there double handed axes to been the word of God to the faithless. Again I have based these on the Black Canons of Leicester Abbey, an Augustinian order. In the Kingdom of England by 1215, a group of powerful barons had reached breaking point due to King Johns despotic rule, high taxes and failed leadership. It was time to rebel!

Written by Andy Hobday, creator of The Barons’ War, co-developed Test of Honour and Mortal Gods & Mortal Gods Mythic., and a bit of a geek., these rules enable narrative-driven tabletop games set in an England gripped by civil war played out against the backdrop of the Magna Carta and the invasion by the Crown Prince of France.

The historically themed gameplay is fast-paced and tactical. With warriors of this period being pretty similar, it is easy to base your medieval skirmish games using these rules in any setting.This comprehensive flick through video by Wargames Illustrated takes you through the rulebook section by section presenting a clear overview.
Posted by PanzerKaput at 21:22 No comments: