My Journey Into VBCW, Art and All Part Seventeen

Day 17 into the world of 1938 A Very British Civil War and today it is turn of the leadership of the Anglican League. H.A.L. Cosgrove, the Archbishop of Canterbury led to attack on the King suggesting that he should Abdicate if he wanted to marry Wallis Simpson because the head of the Anglican Church cannot marry a divorcee and remain the head of the church but Edward VIII choose otherwise. This led to Cosgrove forming an alternative Government in Canterbury and setting up the Anglican League to oppose the King and made him see sense.

Cosgrove with a fiery character, strong morally and strong in personality too. This character built the League of the first major opposition to the Royalists and the British Union of Fascists, fighting them in Kent and seeing them off as well as fighting in the Royal Heartlands of the Severn Vale, but with more limited results. Cosgrove does not want the end of the Monarchy but rather supports the Monarchy if it follows the rules of the Church. 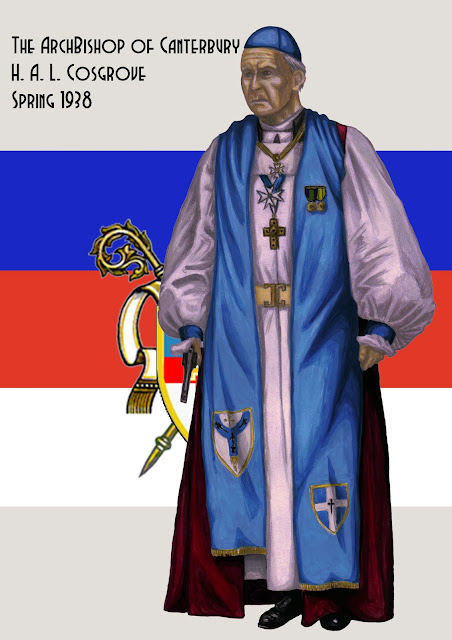